Be the first to hear our exciting news.
Sign up today
Home / News & Events / Nando’s to become Carbon Neutral this year 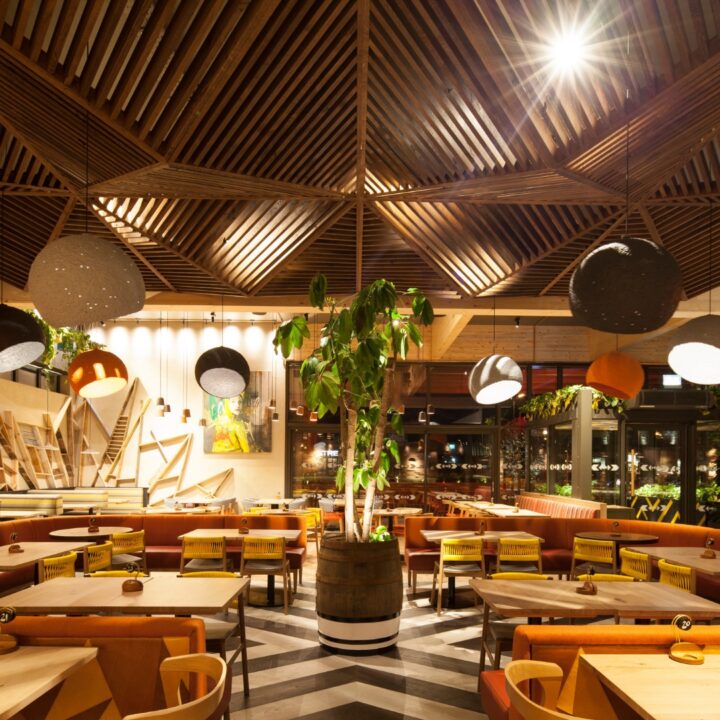 As Nando’s fires up its grills to welcome customers in NI back into its restaurants, it is proud to announce that it will become carbon neutral across its scope 1, 2 and 3 emissions by [November] 2021 on its roadmap to becoming Net Zero by 2030 – a major new commitment ahead of the UN’s COP26 Summit which takes place in Glasgow.

It means that as well as doing all it can to cut its own emissions, in line with the science on climate change, Nando’s is taking responsibility for those that can’t be avoided, through carbon offsets that finance climate and development projects elsewhere – in this case, in Nando’s homeland of South Africa and surrounding countries that provide Nando’s vital ingredients for its world famous PERi-PERi.

This announcement builds on the company’s existing science-based targets, which will see it reduce the carbon footprint of the average Nando’s meal by almost 50% by 2030. This is over and above the 40% reduction which has already been achieved since 2015.

Nando’s is implementing a comprehensive strategy to cut emissions:

Together, these initiatives will reduce the company’s carbon footprint over the next decade despite continued growth in the business.

This includes partnerships with the Kariba Forest Project in Zimbabwe which aims to reduce deforestation, increase income from forestry projects, improve nutrition and provide healthcare and clean water to over 37,000 people; and Wonderbag clean cooking project in South Africa, a non-electric slow cooker developed to reduce the fuel needed for cooking by 70%, which in turn has significant health benefits for women and children, while also supporting 2,500 jobs.

The climate impact of these projects is certified by Verra via their VCS accreditation, the largest and one of the most credible organisations in this area. Nando’s is excited about the opportunity to partner with great projects doing vital work and will be in a position to announce further partnerships with similar important projects in the near future. For more information, please check www.nandos.co.uk/carbonneutral

Colin Hill, Nando’s CEO for UK and Ireland, said:
“At the heart of our business lies the aspiration to change lives for the better; for our teams, for our customers and for the communities in which we work. Ten years ago, we recognised that to truly change lives we had to set a course to become a more sustainable business. We have made good progress over that time but today marks a significant shift in both the scale and pace of our ambitions.

“We will be carbon neutral this year by partnering with initiatives that not only protect our planet, but at the same time change lives. In practice this means that when our customers eat at Nando’s, we will support projects in Southern Africa that cut carbon emissions equivalent to those associated with their meal.

“We have set the ambition to become Net Zero by 2030 and the work to realise this ambition starts today. The journey to reach this target is complex and there are many unknowns, but Nando’s success was built on the belief that there is no limit to what people can achieve if fired up by extraordinary aspirations. I believe that by harnessing the collective passion and commitment of our 16,500 Nandocas, by collaborating with our partner suppliers and our peers in hospitality, and by working tirelessly with other leaders in sustainability in their respective sectors, we can realise this ambition.

Mark Chapman, Zero Carbon Forum CEO, said:
“After only a year since announcing the approval of their science-based carbon reduction target, it’s great to see Nando’s take this bold next step in their journey to tackle the climate crisis. Rooted in science and based on a rigorous methodology, this is exactly the approach being suggested and supported by the Zero Carbon Forum. Nando’s has already made dramatic reductions in their carbon footprint and will continue to do so whilst taking responsibility for the emissions that cannot be reduced through credible offsets in their homeland of Southern Africa. As a founding member of the Forum it’s great to see Nando’s leading the way and supporting a sector wide movement, of particular importance this year as we approach COP26 in November. We hope that by making these commitments we will inspire others to follow.”

Juliane Caillouette-Noble, Managing Director, Sustainable Restaurant Association, said:
“A year on from setting some of the most ambitious science-based targets in the hospitality sector, it’s both heartening and inspiring to discover that Nando’s is making outstanding progress towards meeting them. Heartening, that despite the unprecedented challenges of the last year, the business has put tackling the climate crisis at the top of its agenda. Inspiring, because here’s a blueprint for others in the industry to follow, that demonstrates scientific rigour and a credible reduction pathway laced with creativity in offsetting projects that have a positive social as well as environmental impact at their heart.”